Why the Elective Monarchy is the best system of government 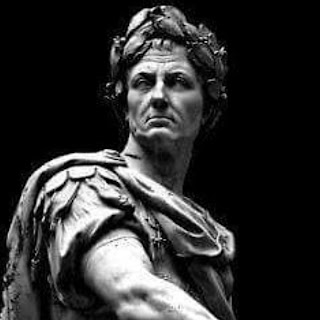 Due to the controversies of certain royal families, many people see a pompous monarchy as unnecessary today.  These incongruities happen mainly because of the hereditary monarchy where often unprepared people are given a title that they are not up to.

The modern world demands more democratic regimes and the monarch phase by divine will no longer convince enlightened people.  But what many do not know is that there is already a good system of government, which unfortunately has been superseded and forgotten by those who do not want a really popular government.

This type of government is called Elective Monarchy, where the king is elected to a life-long position by a council duly prepared for that function.

This form of government was the most popular for thousands of years, it was a universal form of government from tribes of warriors of all peoples to the great empires of mankind.  And it is currently known worldwide through the Vatican, working very well.

But, do some people argue that a hereditary monarch is trained from an early age to be king?

Yes, but that statement is just a fallacy, as we can see throughout history, being the son of a good king has never made anyone a good monarch, and there are many cases in the history of terrible hereditary monarchs who almost destroyed their nation and who irresponsibly ended up destroying the monarchical system in their countries.

Just to remind Nero, one of the worst Roman emperors that ever existed came from heredity, and recently several problems with some monarchs.

In addition, a modern monarch with a few surpluses has the function of giving stability to the government that in general will be managed by a prime minister, making heredity even more meaningless.

In addition, progressive people prefer more democratic forms of government, and these blue-blooded stories of a privileged elite descended from feudal lords have no support for these people.

But an elective monarchy is more democratic and gives a chance to all families, it can receive more support among progressive currents and thus in fact we have an even more stable government.

Another advantage of the elective monarchy is not having family succession disputes which has already led countries to disintegrate and even civil wars, even the catholic church was divided in a  country due to the king needing an heir, something unthinkable in an elective monarchy.

Besides of that, in an elective monarchy, there is no problem of placing children, adolescents or young people a very heavy burden to bear, since in general only older, honest people with an unshakable nature and reputation would be chosen.

Every country that wants governmental stability must adopt the parliamentary monarchy, but this need not be as some people want us to believe, hereditary..

We may very well have a monarch with all the benefits that this type of government brings us, but in a noble and more democratic with a deserved king as is the Elective Monarchy.
Email Post
Labels: Letters Politics Questions World