The difficulties and prejudices against Ricardo Rangels 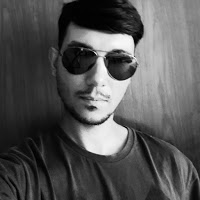 Hi, today we are going to talk about Ricardo  Rangels as an artist and all the difficulties and prejudices against him.

1 Be original.  You always see critics saying they seek originality, but it's all a lie, they don't know how to recognize something original and innovative when it appears, and they always post the same things that have already been copied a million times.

2 Be a complete artist.  There are even books saying that you should only dedicate yourself to one area.  But, he is very different, all areas are part of what he is and he doesn't intend to change, make music, write novels, paint, act is a great offense.  Curators do not support a new, it sounds presumptuous and it is an offense to artists who are only good at one art.

3 Be intelligent.  This prejudice is similar to the previous one, but the truth is that it generates a lot of envy, people don’t know but many songs and art he did alone lying on bed, and he did everything about the instrumental, the lyrics, the disk image, and he is able to write a complete novel in a few hours.

4 Be a philosopher or thinker.  Don't get me wrong, We like Socrates and admire Nietzsche's poetic philosophy, but what can they bring to great human dramas?  Did they invent anything really useful for humanity?  Rangels philosophy on the other hand has a concrete project for the rebirth of a new civilization with the potential to solve the great dramas of humanity, to make a better world.  And that is another offense, after all they want a folk artist or like a jester doing ridiculous poses with futile music on stage, but never someone with a philosophical depth capable of making a cultural revolution.

5 Be Brazilian.  When we went to Europe for the first time to feel what it is like to be treated as a criminal at the airport, imagine in the world of arts and philosophy.  People want a Brazilian folklore playing football or capoeira, and not a Brazilian who surpasses his great thinkers, when it comes to plastic arts, you imagine yourself European, when you talk to philosophers and great artists if you come to mind, Germans or Greeks, but never a serious Brazilian  who doesn't feel like being folk and who hates soccer and samba.  So, it's audacity.

6 Be handsome.  This is very interesting, he has a young and beautiful appearance, and this is a sin in the world of arts and philosophy, it simply does not pass credibility, the stereotypes of artists and sages in general are ugly, old men etc. it is difficult to assimilate a thinker with his appearance totally out of cult standards.

7 Be happy and balanced.  The vision of an embittered, bohemian, depressive artist or thinker or troubled singer who is constantly making scandals, does not match his personality, which is always happy and calm because he has found his inner peace.

8 Be a religious leader.  This is one of the prejudices that he has suffered for a long time, but because of his religion, which is something new and different that people have very little knowledge of.  In general this prejudice comes from people of other religions, it does not apply much to the world of the arts.

9 The payola of great artists.  There are many here on the music and video platforms, they just don't show his music to potential fans, we have an account on one of these platforms and even though we put his music as favorites, the platform always ignores them in the recommended playlists, it's amazing how these services they are cruel to unknown or non-paying artists.

Another interesting thing is that even though we are blocking some mainstream artists and songs, they keep appearing on the suggested playlists, demonstrating that someone is paying for them to remain there.

When we open this platform, the same artists always appear on the home page, even though we have never heard a song by these singers because it is not part of our musical taste.  Coincidence?  No, payola one more time.

Outside networks of posts that even though we have a good number of followers, only shows our posts to 3 people. We remember he had a page with 12 thousand followers on a social network, but his posts barely showed it to 6 people.  You know what that is 12,000 people signed up wanting to receive your content and the social network harms these people and criminally ceases the artist to have contact with his audience.  As a result his ended up excluding this page.

In addition, there are the so-called fan clubs organized by mainstream artists that combine to generate mass comments and views to break records for their artists.

10 Record deal.  Once Rangels received a proposal, but the proposal was so bad that he refused, for you to have an idea it would be a contract with no expiration date, his image, name, look and any future work would belong to the label, they would also have control over all his songs and he could only sing what they wanted, and if he was not successful he would be 'in the fridge' without being able to sing anywhere.  But, as he value freedom more than anything and did not want to end up as Prince with long years without being able to use his stage name, escape from this stolen and he preferred to remain independent, maybe one day if there is a favorable contract on his terms he will accept it.  He doesn't make music for fame or money, but because he want to express what he feel and his talent.

As you can see it is a very difficult task for him as an artist to grow up in the traditional media.  Everything looks like a card game marked to keep real artists out of the spotlight while promoting the idiocracy of our society.  Some prejudices are punctual, people are just ignorant of the new and ingenious fruit of the current low culture, but others, such as those of platforms and social networks, boil down to money only, if one artist has a lot of money to pay a lot, he will be very successful, don't have money, unsuccessful.

Well, just that, for today.  Stay in peace, and don't send me more emails asking why he is not successful?  It's not that he doesn't do it, there is just an unconscious as well as conscious sabotage to leave an artist like him in the dark.