Hello, 2020 has been a difficult year thanks to political conspiracies that have made all citizens hostage within their own cities disproportionately, and using fear as an artifice to force people to obey. 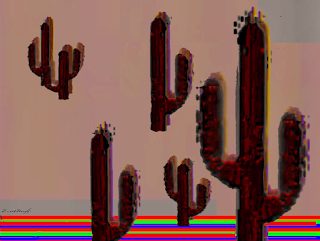 We know that, in fact, there was a pandemic and that people died, but the poor management of the problem was the real reason that there were so many deaths, as well as being responsible for the economic crisis and unemployment, in addition to the affront to civil liberties.

Even so, we managed to have a wonderful year, because when you act rationally and you are not dominated by fear, you fear nothing, you are in fact a free person, instead of being a mere slave of the ruling elite.

So, instead of being stuck in panic, we took advantage of this year to renew our strength and we had a very productive year.

For example, we write a lot for some of our books, we produce quality art, in fact we even create a new artistic movement, we improve our knowledge of allans philosophy, and we even record a metal album.

And let's not forget, taking good care of our health, doing good physical activities at least 3 times a week, we help someone who has had a serious health problem, and then we take care of that person after the surgery, plus the various articles and teachings from allanism, which we still teach those who wished to learn. Anyway, it was a wonderful year within our values ​​and ideals.

But, we also had some personal problems that we were unable to solve within that year, as well as we failed in some overly ambitious goals, for example we tried to learn 5 languages ​​at the same time, well, it didn't work, and we decided to study only one at a time, and  we are learning, although we study only through applications and the web.

Anyway, we don't complain about anything, we are grateful to have spent the year 2020 unscathed and we keep our mind focused on what really matters, which is having the mind in harmony with Eternal Consciousness, staying away from negative thoughts and attitudes, and  continue to evolve every day.

May we have a new year that is as productive as last year, but that we can advance even more in all areas.