Rangels letters: Why the song Blinding Lights, the Weeknd didn't earn the Grammy 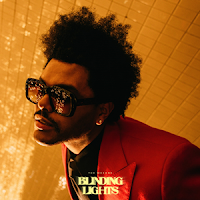 The grammy focuses on technical aspects and not on pressure from fans or numbers, if that were the category it would be "best-selling album", "most heard" etc, this is what people don't understand, but today I understood the academy in relation to this song, I really liked Blinding Lights, I even thought of making a post here defending Weeknd, but when I heard the same song today, I realized that the song had got sick in my ears, I remembered the words of my girlfriend who also got sick Despacito,  then I analyzed it better, and seeing that music doesn't innovate at all, it is shallow and made just to be consumed by the greatest number of people, at the Grammy time I didn't understand this, but the judges saw what I just realized now, and the the truth is that very commercial and pop music is shallow, does not innovate, and there is no depth in the lyrics and themes.

One of these days I noticed which songs were trending on a video platform, and everything seemed without any innovation, there were still rappers throwing money up the same way as in the 90s, the sound also sounded very similar, I went to see the rock, and there were also the same bad poses, the same style and even the same beats, innovation even only on my last album The God of Metal, both in the theme of lyrics and in the development of rhythm, it sounds like rock with some references, but who if you listen carefully you will know that there were many things that totally broke the routine of the genre, being a unique album.

Unfortunately because I am an independent artist I have no one to nominate my music at least to be heard by the Grammy judges, and you cannot nominate yourself, well, that is true discrimination, one that does not even allow independent artists without powerful contacts and friends being heard, and without the investment to pay to play on the radio or be part of the playlists of streaming services, it is practically impossible to be successful.