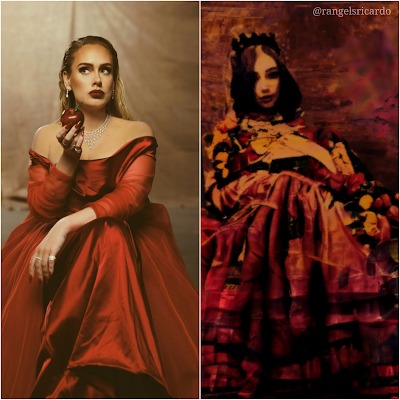 That's what Ricardo Rangels said when he saw the new publicity photo of the English singer Adele, and it's not the first time that artists from this country copy Rangels' work, but never mention where the inspiration came from.

This photo was certainly inspired by his work called América Latina, a work that talks about Latinity with indigenous traits meeting Iberian culture and that is simply copied by people who are not part of this people.

But, and you dear reader, do you agree with the artist or is it just another mere "coincidence" as always.  Can we already say that Rangels is the most copied artist in the world having a great influence on current culture, even anonymously?