Hello, yesterday as you read Ricardo Rangels released a new campaign that considers any act against people who invest in cryptocurrencies to be crimes against humanity.

And today he released on his instagram a new artwork called Satoshi Nakamoto where a well dressed man appears but with his face hidden.

So far so good if it weren't for the coincidences being yesterday the birthday of the pseudonym Satoshi Nakamoto,  but we also have a few more works that put these suspicions in evidence. 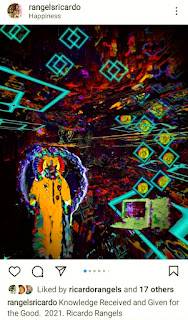 For example, in 2021, he posted another work entitled Knowledge Received and Given for Good, featuring an indigenous person dressed as an astronaut, an old computer and bitcoin symbols.  In addition to this one on her instagram there are two acrylic paintings called The Creation of BTC etc. 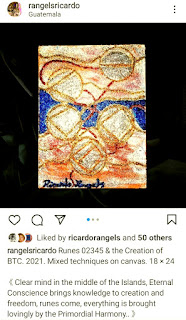 And recently Rangels developed the concept of uniting cryptocurrencies, art and NFT, in the development of his RRFS coins project, the first cryptocurrencies backed by art and creativity, a project that was plagiarized by a famous artist. 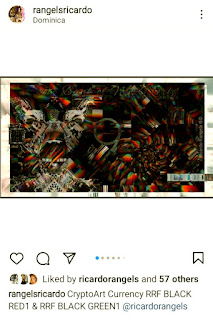 Furthermore, anyone who knows Rangels personally or even reads his writings knows that he is a staunch critic of the banking system, central banks and even organized states being something of a libertarian but with an entirely different interpretation of libertarianism.

We tried to get in touch with Rangels to find out what he has to say, he just said that he believes in a fairer world through cryptocurrencies, but that he has very few in his portfolio currently, and about the incisive question if he was Satoshi, he just came to say:

"It doesn't matter at this point."

Soon after, he changed the subject and talked about his passion for art, his goal to make new projects, and to live a more secluded life outside of all the hustle and bustle of this world, a more harmonious and natural life.