The most talented artist of all time 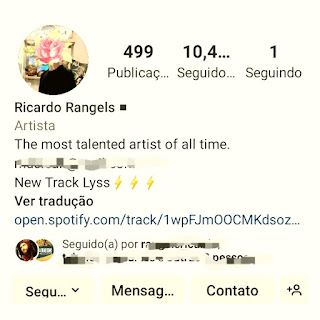 Hi, rangies.  Today we were surprised with a new biography on Ricardo Rangels' Instagram profile, defining him as The Most Talented Artist of All Time.  And the question remains?

Is Ricardo Rangels really the most talented artist of all time or is he having an attack of stardom or arrogance?

We know that Rangels recently hired a new team to manage his social media, so maybe it's something on his team, but knowing Rangels as we do, it must be more of some sort of joke, as intimately he's very playful or even some protest against those empty titles that the mainstream media always gives to various famous people.

I would bet on both options as a prank, as a criticism, after all, what makes someone the most talented?  Fame, sales, numbers bought on streams, lots of followers?

All of this is very meaningless for Rangels, but of one thing we can be sure, he is certainly a unique human being of great generosity and enlightenment.  And how do you define him?