When we see the great mess that has become the current policy, when we realize that our rulers are there not to take good care of the country, but to defend the private and often vile interests of those who financed their campaign, we ended up looking for new ideas and that's when I met Liberalism or anarcho-capitalism.

Wow, how cool, really the state is a rock in the shoe, only disrupts the development and free choice of citizens like for example immorally forbidding the use of Urber. Why so many stupid laws, so many abusive taxes and let us decide whether we want to use drugs or not.

But after a while I began to reflect that liberalism in the way it is being defended is a Trojan horse. Because

1 Indeed, anarchy is not so anarchic. Every business or private initiative is a rigid hierarchy from which employees have no decision-making power.

I would even say that every company is a dictatorship or reign, in the case of a single owner, or oligarchy when it has several shareholders.

Here one sees where hypocrisy begins. How many companies claim to be defending democracy, but how many of them can you run for president? Democracy for others, but here in my company no.

So in the end, if there were no state we would be governed by several mega companies of which we could have little say.

2 The illusion of market self-regulation. Liberals say that supply and demand along with the efficiency or deficiency of companies would create a near perfect world. And that just the consumer stop consuming some companies as punishment, and everything would be fine.

Ledo mistake, a company is concerned about profits and not on serving the consumer well, if serving well is only aiming for profit. There is nothing wrong with wanting profit, but to say that just that is going to prevent abusive practices is a big deception.

How many companies are not destroying the environment, putting their workers at risk, how many are not poisoning us, doing bioterrorism with genetically modified seeds, and how many are not doing deals with corrupt governments.

If they do all this, having laws that limit them, imagine how the world would be without any kind of laws where these companies were the dominant power.

3 Competition solves everything. The truth is that the competition does not persist for ever, as each time companies become more powerful while others go bankrupt. So what happens is that the larger ones buy the smaller ones until they become big monopolies.

That is, Facebook monopolized social interactions, photo sharing and people's communication. A single company now knows everything about you and this data can be used as it is well understood to even sell it to whomever you want.

People may argue that "uses whoever", but not quite, as human beings we have various social interactions and we need to use the tools where the people we want to interact with are.

My family is on Facebook, if I left, it would be much harder to know what happened to them. The cheapest communication tool where my contacts are is WhatsApp, so I'm actually using it out of necessity. And as an artist, Instagram is great for promoting me. Did you understand that it's not always a matter of choice?

Now a world without limitations without anti-monopoly laws, with no state to interfere in any way with certainty the companies were uniting, merging until everything became a great monopoly without any real competition, in a scenario thus the workers would have to be subjected to any salary and situation, the consumer would have to pay dearly and the quality of everything would decrease, I might even say that people would no longer have any freedom, they would be someone else's property.

4 End of privacy. People say that it does not matter, but privacy is very important. As I said some companies know all about us, if these data are sold for example to an insurance company, and they know your medical history or illness that you want to hide, simply your insurance will be denied or charged more expensive.

You may be fired for your ideological positions and may have your loan application denied. Remember there is no state or no one to help you, you can only count on another law firm to defend you, but as long as you have a limited income, they would have billions and the best lawyers in the world. Would you win?

5 Secession and destruction of borders. A unique and globalized world is the ultimate dream of liberalism where companies and people could come and go wherever they wanted, of course this never applies to the private ownership of these companies.

I have seen several articles talking about self-determination of people mainly here in Brazil, in fact they want each Brazilian state to be independent. Now here are two inconsistencies:

The first they want to divide the country, but surely do not want their new countries to be divided. If we were to follow this line of secession we would regress to the city-states.

The second is that the more new states more bureaucracy, that is, I can travel freely without needing a passport from Bahia to the Amazonas, but if the two were two countries would not be so simple, at least it would have to have a term of stay of tourists etc.

There would also be two conflicting laws, more tariffs, and if a company were to operate in those two countries, it would have two tax burdens, more laws and more bureaucracy.

And in addition, small countries do not have firepower in wars, and there are only great powers that decide to assimilate them. As an example we have: China that assimilated Tibet. Turkey that won part of Chipre.

As we can see, small countries are easily defeated and can be assimilated by any great power with the winds of change.

6 Destruction of identity and cultures. In Liberalism boundaries must be free, it seems that culture does not matter, education, conflicting relationships. But long before the colorful and peaceful world they want to make us believe in the truth, the more diverse a community is, the more conflicts appear.

And there are simply cultures that are incompatible with humanistic and Western values. Insecurity, crime, and terrorism come from this erroneous belief that a world without borders is a paradise when we know full well that it is not so.

No people survive if mass migration is allowed to happen, just look at the example of the Roman empire with the barbarians, and of the American Indians with the Europeans.

7 And finally human life should not be ruled only by business or materialism. A positive hierarchy like the ancient monarchies in which the people saw their kings as protectors of their people is the best way.

A nation is much more than just something material, but it is the essence of what has allowed us to survive here, our symbols, our culture, our tribal consciousness is what makes us who we are and not just products and consumption.

Of course the current policy is abusive, we need more minimum state freedom and no tax, but not in the irresponsible and crazy way the liberalists wish.

There are good points in the libertarian ideas that can be harnessed, but in the way they are currently being sought, liberalism is just another tool of the globalists who want to put everyone on their will without any resistance or force that prevents them. 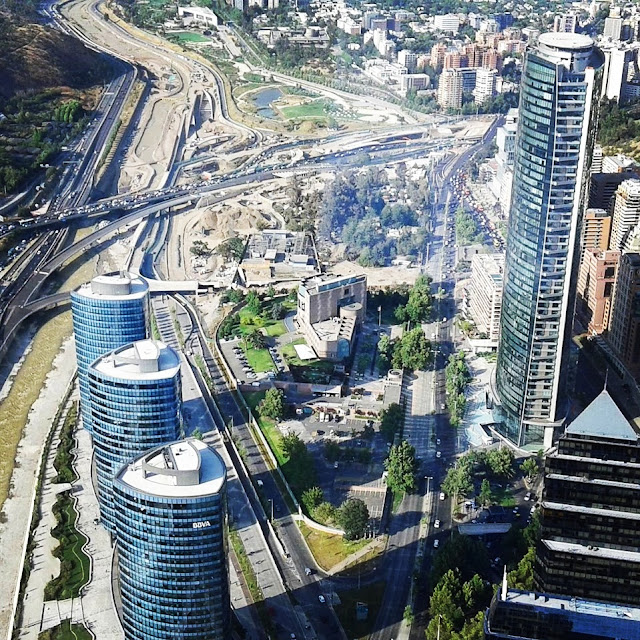