Since I began to talk about Allanism and allane mythology some people have noticed similarities between the book and European mythology and have questioned me about it.

What I can say is there are familiarities but that according to our beliefs there was a first civilization before the current human history that we know.

This was Alli civilization, and by the way it was not even born on earth or in our universe, so many stories, legends, heroes were in the imagination of many peoples and were transmitted as legends and mythologies.

However, it is good to know the difference between mythologies and religions.

The gods and monsters of mythologies according to the Allanism are not actually seen as gods but rather as characters who existed long ago and all their powers are not actually magical or supernatural, but advanced technology of the time.

And indeed Allanism is not a religion. I have already said that it was but every time I see more that Allanism looks more like a lifestyle or philosophy. And I have found this vision far better than considering only one religion.

What about the divinity All~?

The divinity of All~ can not be understood as an ordinary god. All~ is the consciousness of everything, what generates everything and what is at all so if there are gods, they are just little drops of the great ocean that is All~.

I understand that it is difficult to explain this easily, perhaps if you understand that the Life that exists in you or the Law that keeps your body functioning and from which you have no control, you can have an idea of ​​who All~ is.

Consciousness does not need any kind of worship, religion or even from us. But we seek his presence or in a materialistic vision, we seek is in Harmony because this is the best way to go and what best fits a purpose of life.

So understand this at once, nothing makes difference, no dispute, ego, prejudices, supposed wise and wizards, none of these changes anything in the nature of reality.

Be happy then believing or not, following the path or tradition that you think is best for your life, but respect others and do not hurt anyone.

Guide your way to Eternity and find the Harmony you need so much for your Life. 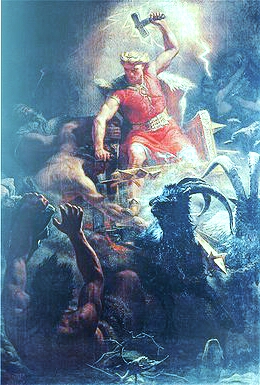