Why do we need to end women's football?

After the last protests for equal pay for football players, I decided that it is time to end female football and also any gender-based sport. 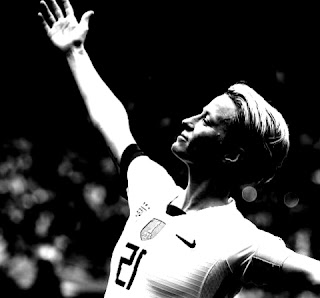 The salaries of these competitions are based on revenue, just as female models earn more than male models.

It is simply the audience and the return of the public that make male players earn more, just as female models have more visibility and earn much more than male ones.

But, as I'm not just to show problems, I have a solution for all team sports: the end of women's football and all sports based on gender.

But how so?  Isn't that discrimination, machism?  Calm down, my nobles!

This solution was going to give a lot of visibility to women who were finally going to be able to stand out and win by talent in great teams, especially in the championships of Latin America and Europe.

That's right, it was also going to collaborate against sexism in football.  Imagine how wonderful a world cup with mixed teams with half men, half women would be..

Take the idea forward and we will start this campaign now, not only in football, but in all team sports from volleyball to basketball, no matter what team sport we have to have men and women playing sports together.  This is true egalitarianism.
Email Post
Labels: Behavior Politics Questions Sex Social Trend World