The Ethics of war 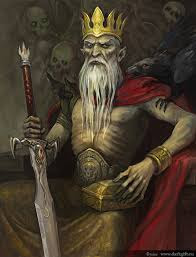 Some people will say that there is no ethics in war, that the ends justify the means, and that all that matters is to win.  But, I ask what is the use of winning the war, conquering countries and ultimately succumbing like everyone else, and the worst culprit for so many atrocities in a petty search for ambition?  Where's Alexander the Great?  The Roman emperors?  Or any king, leader who conquered and formed empires?

Everyone conquered a lot of land, but in the end they were placed in a ditch with a little bit of land on top.  And sure enough, many of these are sorry to be so stupid, to have dedicated their lives to an ephemeral and transitory ambition, and the worst of it being blamed for so many atrocities and innocent bloodshed.

So, there is an ethic in war and I will explain below based on eternal wisdom and human rationality.  In my philosophy, there is no happiness if the human being does not follow his true spiritual nature, that is why there are so many bad things in this world, and so many depressed people living illusory lives, but there is a correct way of living, of fulfilling all things.

1 All wars must be defense only, never attack, never conquest.

The basic principle here is to develop our countries, never to want to take the country of the next.  I have already explained the stupidity that it is to seek more land that does not belong to us, that makes us mere thieves, no matter what the beautiful name, or the decoration they give us in the army. A just war is always a defense, never a conquest.

2 The invading army is almost always wrong, it is like in traffic, whoever hits the back is always wrong.  This basic premise if adopted by the UN would indeed bring about world peace in the long run.  But, unfortunately, we know that the UN does not seek peace, but the interest of the powerful.

But, isn't there an exception to this rule?  Yes, there is.  Suppose that a nation represes a river that belongs to several countries in order to keep all the water, in this case the nations through which that river passed, can invade and destroy this dam, because they have had their right ceased.  That would be a fair invasion, but as soon as they get it done, they should ethically vacate that country.

Another issue, one country is launching missiles at another, in which case the other country has the right to invade, destroy these launching bases, perhaps even depose the aggressor leader and after a while, one year at the most, leave the lands of that country  and let the people there be free.

3 No preventive attack is correct.  It doesn't matter if the other country makes threats, it's just words.  If they threaten, but have never attacked, no action should be taken, in other words, never strike the first blow.  This principle alone would bring much more peace and prevent many unnecessary wars and deaths.

4 No invading soldier is a hero.  No matter how much politicians give you medals, your country has been wrong from the start, you are just a pawn for the powerful, you are not fighting for freedom but for vested interests.  There is no honor in the meaningless invasion.

5 Every invasion war is a war for the powerful, not the people.  Let's take a simple example, the invasion of Iraq or the current war in Syria.

These 2 nations were in order with their dictators, the population lived in peace etc. but as soon as the foreign influence and invasion, whether with professional army or mercenaries, soon brought chaos, countless lives were lost, economy destroyed, rival groups vying for power and  civil war, attacks.  Weren't they better off with their dictators?

And the worst part is knowing that both the innocent population and the young foreign soldiers who went to die there, were not fighting for their country, but for a powerful elite that wants oil and monetary influence in those nations.

6 Torture is not acceptable in any situation.

Humanity has evolved a lot to still commit atrocities, if one is in a war, the goal is to defeat the enemy, not to torture him.  The goal should always be to neutralize the threat, not to have fun, not to seek revenge, or to torture people.

A basic example about the justice of the alli people: suppose that a psychopath kills, tortures and robs people.  He was captured, what should we do?

As long as he is a prisoner, treat him well and with cordiality.  It gives the right of defense and a fair trial and in the end sentences the death penalty in the most humane way possible without feeling any pain.

Because in our ethics the goal is always to stop evil, neutralize what is wrong, and not seek revenge.  The same should be applied in war, remembering that a soldier should not be sentenced to death if he was only being obliged to carry out orders.  The blame in this case is on his rulers and not on him himself who was being coerced by the state to attack people.

The exception is if a soldier acts on his own, committing crimes against humanity such as torture, civilian deaths or rape.  In that case that soldier must receive the death penalty after a fair trial.

7 Deserters are the real heroes.  No human being should be forced to fight for the wars created by the elite.  Only poor people die in these wars.  Therefore, any deserter must be left free, no one has to put their lives at risk for the ambitions of the powerful.  If someone doesn't want to fight, let them be free to go.

But, how are we going to get the loyalty of the troops?

There is no loyalty, almost all the wars I see today are unjust wars motivated by the desire for power of some old imbeciles.  So loyalty is for idiots.  Fight for yourself.

If the elite want loyalty to their unjust wars they pay their soldiers well, something here around 1 million just to start, so these soldiers or their families could have a better life at the end of the war.

8 Never celebrate a victory in a shuffle or war.  Because every war brings death and destruction to innocent people, so there is nothing to celebrate, every war represents that humanity has not yet evolved and that the incapable are in power, so do not celebrate even the victory, but regret, it is time to  stop romanticizing the war, you are not a hero, the real heroes are fighting without shedding blood to create a better world where poor young people do not need to die in distant countries.

9 Fight for what is right.  That last sentence goes to who is an invader soldier in fact.  Life is too short to waste in the name of some bad character who obeys the vested interests of billionaire businessmen.  So, fight for yourself, for your family, to have a better life and grow as a human being.

Your nation doesn't care about you, you yourself have an example of how your companions are treated after being used and discarded.  Is it worth it?

Your ethics must be focused on what is right, abandon the brainwashing they did to you.  You need a real cause to fight and that cause is your evolution as a human being, your erudition, concentration, artistic gifts, good physical health and quality of life, in addition to your spirituality and harmony with the Eternal.

Beat yourself and find true peace in your soul.