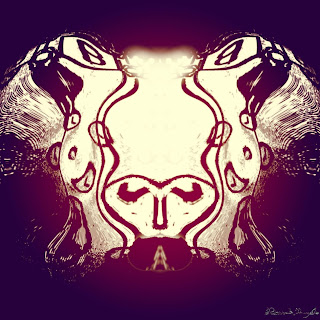 Hello, in our work as consultants we met many people, but once, a case caught our attention, it was a young man who contracted some debts and that was the worst mistake he made in his entire life.  Here is the report:

"I remember how it started, I was doing really well and I didn't need any money, but all the time I got a lot of bank offers.

There was a time when a bank sent me a gift, with a very beautiful bow and in addition to the gift, a tempting proposal with low interest rates.

As I said before, I didn't need to, but for some reason I decided to accept it with the objective of investing this money, I think the term here is to leverage my investments, something like a company or country takes loans to invest and so it can grow.

Well, that was my goal, but I soon found out that you cannot make a pact with the demons, because one day they will turn against you and come to collect.

There was nothing else, everything was going well, but I ended up making some mistakes along the way, I didn't grow up in a wealthy family and they never taught me how to deal with money, and there were also unforeseen, unexpected expenses, I ended up having to spend a lot of money and ended up going bankrupt  in that process.

Then, interest accumulated and I ended up having a high debt that I had to pay every month regardless of anything.  And I must say that it was not at all pleasant, you see a large part of your resources and quality of life go away.

But, if there was anything good in this episode, it was the lesson I learned for the rest of my life, and that is what can make a difference not only in the lives of ordinary people, but for different companies and even countries.

Never under any circumstances take out a loan, make financing, or make a pact with any banking institution.  No matter how tempting it is.  It doesn't matter how much everyone seems to do.  Never sell your freedom.

But, after analyzing how the world works, I realized that I didn't have a chance and that entire nations are slaves to bankers.

I have always found it strange why rural producers always borrow money to plant every year, successful entrepreneurs do the same, and why wealthy nations continue to incur public debts.

You don’t learn about any of this in schools, nobody talks about it anywhere, and politicians also continue to indebt their country more and more. "

Well, it was an impressive report, and the question of why everyone continues to be in debt was what most caught our attention here and we will explain below.

The truth about the world is that we live in camouflaged slavery, if your country has a public debt, you were born in debt and will pay with your abusive taxes, that is, your nation that claims to be free, is actually a prison of forced labor,  as our friend said above.

We have learned nothing about this, because we are all too busy and distracted by political fights between Democrats and Republicans, macho against feminists, gays against heteros, poors against riches, Christians against Muslims, natives against immigrants and whites against blacks. Or too preoccupied with what celebrities are doing, or with the next game on our favorite team.

But, all of this is purposeful.  Have you never asked yourself why we always have to be busy, empty and sad?  Why in this reality do we have to constantly live in war conflicts, crime, unemployment, hunger and all sorts of social ills in this world?

Everything is a distraction so that few people can benefit.  Everything has been meticulously planned since before you were born.

The history you study is false, there was an advanced civilization before the current one, the map is false, the countries of the northern hemisphere are much smaller than shown, the calendar is false, the year is thirteen months, not twelve, and even  the hours of the day are wrong, the day doesn’t start at midnight, but at 5 in the morning, which is actually the first hour, all to generate mental disharmony in you, to live in the dark, keep everyone busy and distracted and  never be aware of our slavery.

As you can see, your reality is not bad because of you, but because someone has been manipulating you since before you were born.  Nowhere will you read something as realistic as what we are bringing at the moment, but that is our job here, to be the bearer of bad news as a doctor tells a patient the truth so that the cure comes.

But, what is the solution?

As a nobleman on the high road, what we can say is that there is a long way for you to actually be free, one of these is to stay out of debt, and fight so that the puppets that lead your country and do not really represent you, put an end to this demonic system of slavery, nothing is more important than that, and do not forget that Kennedy was killed for this reason, that is, it is something dangerous.

The second point, is the path that we teach here, which is the liberation of your mind and the matrix in which the current world is proposed.  To seek its true essence, to reject the inferior culture that is presented to us, to get rid of consumerism, ideologies and even religions that feed the system.  Do not believe in political puppets, get rid of fear, any fear, hatred, fanatic nationalism and ignorance.

Liberation begins in the mind, and the grace of the Eternal is available to anyone who seeks wisely.

May All ~ bless you today and forever.  Aisi.