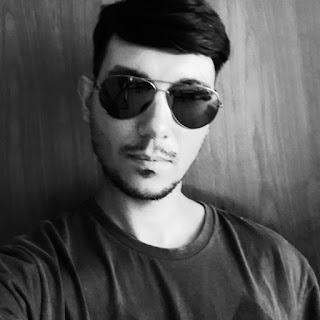 Ricardo Rangels (1978) is what you can call a complete artist. He is a music producer, singer, songwriter, writer, philosopher and plastic artist.

He has written 3 books in Portuguese:

He has released some singles:

Today, he continues to produce his art, music and philosophy regardless of fads or demands from the mainstream industry. And it grows in popularity with its unique style and unparalleled voice.

The artist officially started his career in the arts in 1997 with the work The Blackyard, colored pencils on paper, according to himself, woke up feeling united to Divinity and heard a voice saying "You know how to paint", then he took the colored pencils  he went into the yard and started painting what he saw, the plants his mother grew on an old wooden table.


In 1999 he painted the Tarar collection, which means in a language revealed to the author "my joy".  This collection was on display in his home in his hometown and received various praise and proposals, but the author refused to sell them, however he made some donations to very humble people and even beggars, so many works were lost or damaged.

With the move to the capital, the artist began to dedicate himself to literature by writing a book of poems As Poesias Perdidas: Ápice & Âmago (The Lost Poetry: Apex & Core) and also started to cultivate lass music for the next 20 years. Only returning to visual creation in 2019 with the creation of the Allanes flags.


And in 2020 he began to develop grafiése techniques, as well as to reformulate his style and artistic movement called Ellenism.