The God of Metal, Ricardo Rangels

Hello, Ricardo Rangels has just released a new album, the God of Metal, to the surprise of fans who did not expect him to make a metal album.

With current lyrics like the tracks Mgtow and Queerness, with eccentric and creative rhythms, the album lives up to its name and in fact is the metal album of the year, a genre that has been in decline for some time. 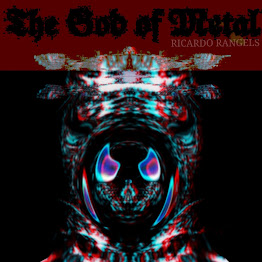