Hello, my name is Ricardo Rangels and I'm starting the campaign Just Fair Play in the world of sports. 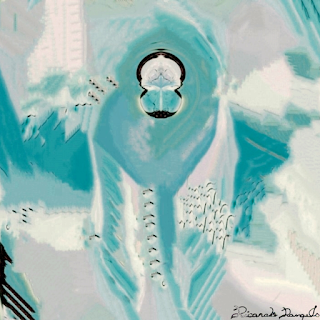 The aim of this campaign is to make sporting activities and competitions more egalitarian, inclusive and non-discriminatory.  Where many people can fulfill their dreams that have been shattered by the discrimination of certain standards such as height, weight, and gender.

The inclusion campaign will improve on 4 points:

1 height categories in sports such as basketball, volleyball, swimming.

2 weight categories in sports such as football.

3 end of competitions based on gender in these sports, with all mixed teams being formed by men and women fifty-fifty.

4 the inclusion of the Paralympics occurring simultaneously with the Olympics.

That way we will make the world of sports more inclusive.  Many people will not agree much, but in the future people will understand and adopt because it is the fairest, in addition to making all these sports much more interesting.

For example, sports like basketball and volleyball could have a new category by height, that is to say people of short stature could be athletes in that area.  Just like boxing has categories by weight.

Sport, like American football, should have a weight class too.  Since only heavy men stand out in this area today.

And the most controversial of all, all these sports should have mixed teams, half men, half women, that would end the salary difference in sports and finally we would see female athletes being more valued, since it would be mandatory for all teams to be mixed.

Another issue would be in the Olympics, it is very discriminatory that the Paralympics only happen after the Olympics, it has to be all together being part of the medal raking.  Of course, the Paralympic athletes were not going to compete with the functional athletes, but for example when there is a swimming competition for the functional athletes, the Paralympic athletes competition should happen soon after and vice versa.  This takes advantage of the entire audience of broadcasts, bringing more equality among athletes, because the way it is today many channels do not even give an audience to the para-olympics.

Finally, our world needs to be more inclusive and bring down the last stronghold of discrimination that still exists and is applauded.  The time has come when all children can dream and one day have a chance of becoming athletes, instead of being discriminated against for their height, weight and gender in the world of sports.