Rangels letters: Male hypergamy exists and the main cause of male problems

Hi, this text is part of the PoSm philosophy which means post-mgtow or psychology of supermen in the most Nietszchean sense of the word. 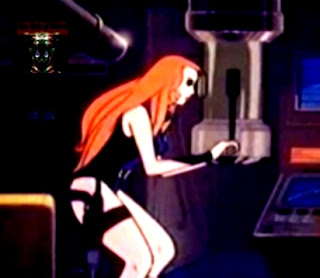 But, is it really so?  I went to look for the origin of the word and notice, it has no scientific basis on the supposed hypergamy.

For you to have an idea, the origin dates back to India, where logical due to the brutal caste system, a woman from a low caste marrying someone from a higher caste was very desirable.

Therefore, youth, height, good musculature, a symmetrical face and a square chin, indicate health and good testosterone levels.  And no, my friend, your girlfriend does not have something natural, an uncontrollable desire to exchange you for the first handsome or spotted one that appears in front of her.

Betrayals exist due to many factors involved and mainly it depends much more on the character, customs and other reasons that we will talk about in another opportunity.

But, what these groups do not talk about is male hypergamy and how it is responsible for basically all male misfortunes, but that you will know here first hand through my philosophy.

To recapitulate, hypergamy is the act of desiring or relating to someone from a higher class, in other words, it is looking for someone with a higher social value than your own.

And this is where male hypergamy is located, in our society women have a greater social value than most ordinary men in their own right, first because their eggs are valuable and expensive compared to our sperm that abound, second because in general men always want women with far more attractiveness than they do.

It's that old story, the guy is unattractive, out of shape, shy, without friends, but he always lives idealizing Stacy, beautiful, well dressed, attractive, outgoing and popular at school, in the good old stereotype of American films.

Of course, everyone wants to be close to attractive people including women, the world is generated by interests and nobody wants to be bad before their peers, every human being seeks to stand out, be loved and be valued as social beings that we are, and this is where  that both male and female hypergamy resides.

But, in the case of men it gets worse, a girl is likely to be interested in the so-called chad of school, but as soon as she sees that she has no chance, she leaves for another one and goes on with her life, since what happens with Joe Betason in love for Stacy?

This one continues to cultivate a platonic love, tries to draw attention, sometimes he even becomes a bully, makes a mess, everything to stand out, and here is one of the first male mistakes.

While the girls are dedicating themselves and getting good grades, the betosous is there playing terror, for a very small success with the women, playing the bad boy or depressive for not having a Stacy like Chad.. with time this will aggravate the differences between genders, and that's how women became the majority in colleges and meanwhile men still want a woman of superior social value to him, in this case in beauty and attractiveness, in fact he wants to suck the social value of that woman, for having low self-esteem ..

But, the reality is that women are much more rational than men in social and logical relationships, they will not be attracted to a guy who will only suck up his social value without offering anything in return, are they wrong?  Of course, not.

How many times have we stayed away from friends who just wanted to suck up our value without adding anything in return?  That jealous, negative friend who did little to help him, because most men are like that before women who don't need them, they want to suck up their social value, show them off as trophies, win the circle of friendship and spontaneity of women with very little to offer in return.

Ah, but are there any self-interested women? Of course, in fact, the human being is self-serving, whether men or women, and no one creates relationships even if it is just friendship based on nothing. How many beggars do we have friendships with?  Probably none because we all tend to approach people with a life similar to ours and almost always from the same social class or higher, hmm, fraternal hypergamy here lol..

But, let's go back to Joe Betason, he can finish his studies, pass college, get a good job, earn well, but what does Joe do from then on?  Rather than looking for someone compatible with his level of attractiveness and social value, he still wants a Stacy even though he is far below his new financial situation. Wake up, Famous..

Still, Stacy doesn’t want it because of the factors of sexual attractiveness already known, our friend Joe doesn’t give up, and starts trying to impress this Stacy in all ways, mainly demonstrating her financial power, taking her to expensive dinners, showing her car, trying to prove it for her that he has money and he worthy of it.

From then on, our Stacy has two options, if she is a self-interested person she will have a relationship out of interest only, maybe because of a miracle she will love over time, or depending on her character she may betray him and because she doesn't really like him, make his life a  hell, disrespecting him whenever he gets the chance.  How bad is Stacy!

But never forget that Joe is reaping what he planted because he insisted on someone who had no interest in him, and because he voluntarily demonstrated that he wanted her to approach him for money, do remembers the financial statements of the beginning he gave..

Here comes a divorce, Joe Betason loses a lot of assets to his ex-wife and more, then he'll complain, and cry in the manosphere that women are no good when Joe chose his own path of illusions.

Now for another guess, Joe was lucky, everything went well, either with Stacy or a Becky who really likes him, has kids, everything was going well, but Joe starts to feel bored, it seems that something is still missing and at work appears a more attractive Stacy than his wife, (hypergamy), Joe does not control himself (hypergamy) starts to hit the ground, is insistent is even accused of harassment having several professional or financial losses, or the opposite may happen, Joe in  the truth is that he starts to be harassed by Stacy, and ends up giving in, he has an affair, he spends a lot to impress, his wife finds out or he leaves the house, divorce and the cycle repeats itself..

It doesn’t matter in almost all cases Joe’s hypergamy leads him to a game over.. Joe also spent his life voting for politicians who make more and more laws against men rights, or even if he doesn’t vote, follow and give audience and profit for several celebrities who support these laws and who put political pressure on politicians what to do with it, and imagine the reason why he and several men do this, hypergamy, they are craving sub-celebrities above their social value. 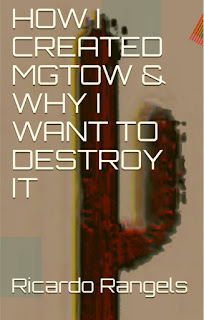